Trang An boat tour is the best way for you to experience the amazing UNESCO World Natural and Cultural site. To explore the whole landscape, there are 3 boat routes available. Each route offers unique experiences for visitors. As to live up to Trang An’s reputation for its tranquil atmosphere, the boat tour is specially designed to take you on a serene spiritual journey around the world’s most fantastic nature, Trang An Landscape Complex.

The three-hour traditional boat ride allows you to sit back and relax while contemplating the gorgeous limestone karst peaks surrounding the pristine Sao Khe River. As well as to bring you the local tradition experience, the boat tour is also part of the conservation effort to preserve the natural environment of Trang An Landscape Complex.

Get in touch with your adventurous and spiritual sides on this boat tour route. On this route, you will embark on a journey through 9 enchanting caves and make visits to 3 notable spiritual places in Trang An, Ninh Binh Province.

The first spiritual place you will visit on this route is the Trinh Temple. The Trinh temple complex includes an ancient temple built more than a thousand years ago during the Dinh Dynasty and several newly built ones. The temple worships two loyal mandarins of the Dinh Dynasty Ta Thanh Tru and Huu Thanh Tru, and four imperial courtiers of the Dynasty: Dinh Dien, Nguyen Bac, Luu Co, and Trinh Tu. Alongside King Dinh Tien Hoang, the four courtiers defeated 12 warlords and established the country Vietnam, which was known as Dai Co Viet.

In this Trang An Boat Tour, the second place is the Tran Temple. You need to take as much as 365 stone steps to reach the Tran temple. Tran Temple is a sacred ancient temple built in the Dinh Dynasty. The temple was built from stone with 4 stone pillars sophisticatedly carved with figures featuring Vietnam’s mythical four sacred creatures: dragon, unicorn, tortoise, and phoenix. People come to this temple to pray for peace, blessing, career promotion, virtue ethics, intellectual, and health.

The last spiritual place to visit on this route is the Phu Khong or Khong Palace and Bao Hieu Pagoda. Khong Palace is the place of worship of the seven loyal officials from the Dinh Dynasty in association with legends that when King Dinh Tien Hoang deceased and the court got in trouble, these 7 officials brought many coffins and buried in different directions before committed suicide to keep secrets about the real grave of the King. In front of Khong Palace stands a thousand-years old Diospyros decandra tree that still produces both round and flat-shaped fruits annually.

From Khong Palace, visitors may take a walk to Bao Hieu Pagoda, which is the place of worship of Vietnamese national heroes and martyrs who made a significant contribution to protecting the country. This is also a place where visitors often come to hold requiems for wandering souls.

Here is where your cave adventure begins. The meandering Toi (Dark) Cave is 320 meters long. Consequently, the cave is unreachable by sunlight. The majestic part of this cave is the stalactites hanging down on its ceiling.

Afterward, the boat journey will take you through the Sang (Light) Cave. As to its name, the cave has direct penetration from the sun and is so filled with magnificent sunshine.

The next cave is the Nau Ruou (Wine Brewing) Cave. This cave has a high historical value of the local civilization. In this cave, archaeologists found ancient ceramic pots, jars, and wine brewing tools.

The journey then takes you to the Ba Giot (Drops) Cave. This beautiful cave with stalactites hanging on its ceiling in the shape of falling tears is well associated with a legend of a tragic and romantic love story between a young man and a princess.

There are several other caves that you will visit through this route, including the Seo Cave, Son Duong Cave, and Tran Cave. The last cave on this route is the Quy Hau Cave, which means Return, as you return to the central pier.

ROUTE 2: The Landscape, Temples, and History

The highlights of this route of the Trang An Boat Tour is the Thanh Cao Son Temple, and the Vu Lam Royal Steps.

Internationally renowned for its natural heritage landscape, Trang An consists of many wonderful caves. One of them is Lam cave.

The next cave on this boat journey is Vang Cave. The name Vang means echo. After passing through Vang Cave, you will arrive at the famous Ang La Valley where the Hollywood movie Kong: Skull Island was filmed.

This is the cave that might steal your attention, the Thanh Truot Cave. Legend has it that a saint carelessly slipped in this cave while contemplating on the cave’s beauty. Thanh Truot Cave is exceptionally beautiful with its shimmering stalactites resembling lotus buds.

The last cave on this route is the Dai cave. The cave is especially long and wide with a high ceiling.

As one of the most significant cultural destinations in Ninh Binh, Trang An is home to several important temples.

One of the temples you will visit on this route is Thanh Cao Son Temple. The temple is built to honor Thanh Cao Son (Mountain Genie), a national hero who had merit teaching the local people irrigation management to boost agricultural development during the reign of the 18th Hung King.

Thuy Dinh is the most popular landmark and photo spot for visitors at Trang An. Thuy Dinh is a temple-shaped construction on the water surrounded by limestone mountains. Behind the construction is a mountain range in the shape of a bird stretching its wings. When you are in luck, you may also watch some traditional music performances in this place.

Suoi Tien Temple is the temple built for Saint Quy Minh Dai Vuong and his wife. Every spring, the local people and tourists from all over the world celebrate the Trang An Festival, which commemorates Saint Quy Minh Dai Vuong for his contribution to protecting the country. During the festival, a lot of people visit the Suoi Tien Temple to pray for national security, good weather, and harvest, as well as the happiness of the people.

Hanh Cung Vu Lam or the Vu Lam Royal Steps is a valuable historical place in Trang An Landscape Complex. Hanh Cung Vu Lam was a military base during the Tran Dynasty. It played an important role in Vietnam’s victory against the second and third Mongol invasions from China.

Hanh Cung Vu Lam is the last stop on your journey in this route. The boat will then take you back to the pier.

To enjoy both the natural and the cultural heritages at Trang An, you may choose this boat tour route. This Trang An Boat Tour journey will take you through 3 caves and on a visit of 3 selected temples.

You will start the journey by going through Dot Cave. This is Trang An’s longest cave which is also the longest cave in Ninh Binh Province. The cave is a thousand meters long and takes around 30 minutes to go through it. In the meantime, relax and spoil your eyes with the view of shimmering stalactites hanging on the ceiling of this majestic cave.

After passing through the May Valley, an open-air area of ​​about 12,000 square meters, you will see the Van Cave. This cave has a length of 400 meters.

You will continue the boat journey through another cave called the Dai Cave. The spacious cave is 200 meters in length.

The first temple to visit in this route is the Trinh Temple. The Trinh temple complex, which includes an ancient temple built more than a thousand years ago during the Dinh Dynasty and several newly built ones, is dedicated to two loyal mandarins of the Dinh Dynasty: Ta Thanh Tru and Huu Thanh Tru, and four imperial courtiers of the Dynasty: Dinh Dien, Nguyen Bac, Luu Co, and Trinh Tu. Alongside King Dinh Tien Hoang, the four courtiers defeated 12 warlords and established the country Vietnam.

Before the end of your journey, you will be taken to Hanh Cung Vu Lam. Hanh Cung Vu Lam or the Vu Lam Royal Steps was a military base during the Tran Dynasty. It played an important role in Vietnam’s victory against the second and third Mongol invasions from China.

Then the boat will take you back to the pier to conclude your journey at the Trang An Landscape Complex. 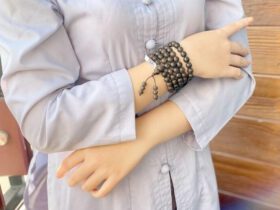